The 6pt conference welcomes book designers, artists and creatives, who will respond to this year’s theme (in)visible. Together with our guests we will be asking: What is the magic of a book? What hidden treasures do its depths reveal? Our speakers will share their insights on working with books, visuals, graphics, print media and user experience. 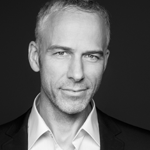 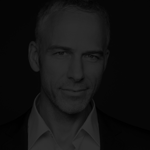 Wouldn't it be nice if any typeface in the world can be given a note for its readability...?

Dutch type designer Luc(as) de Groot is best-known for his superfamily Thesis: TheSans, TheSerif, TheMix, TheAntiqua with monospaced and even Arabic variants. He designed custom fonts for periodicals such as taz, die tageszeitung, Der Spiegel and Jungle World in Germany, Le Monde, Metro, and the Brazilian newspaper Folha de S.Paulo, and corporate type for international companies, such as Sun Microsystems, Bell South, Heineken, Volkswagen and Miele. For Microsoft he developed Consolas, successor for Courier, and Calibri, the new default typeface in MS Word. Luc(as) is a father, husband, illustrator and master of many crafts. As a devoted technician and hinting lover, he invented the Anisotropic Topology-Dependent Theory of Interpolation. He runs his type foundry LucasFonts in Berlin, teaches and gives lectures around the world. Designers across the planet love the enormous range that Lucas’ fonts offer. They’re attracted by their functionality and friendly appearance. Some also appreciate the idiosyncrasies – a quest for extremes that led Luc(as) to the narrowest, thinnest, wittiest and fattest typefaces around. 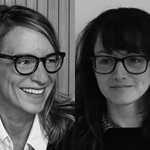 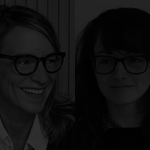 Astrid Stavro (partner, Pentagram) and Sara Martin (senior designer, Pentagram) will talk about their lifelong passion for print and editorial design. Through a series of background stories and references, they will focus on book design and their latest magazine redesign.

Pentagram partner Astrid Stavro is an award-winning graphic designer with an international reputation for concept-driven design, applied with exquisite typographic sensibility and attention to craft. Her work encompasses brand identities, editorial and exhibition design, wayfinding systems and packaging for clients such as Camper, McKinsey, Laurence King, PORT magazine, Tate Publishing, Phaidon, Barcelona Design Museum, Cahiers du Cinéma, The National Portrait Gallery, Fedrigoni and Wallpaper*. In 2013–2017, Stavro led the celebrated redesign of the London-based arts and culture magazine Elephant, where she was an art director and contributing editor. She is a visiting lecturer at The Royal College of Art and a member of Alliance Graphique Internationale (AGI). 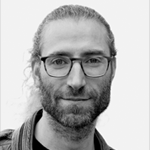 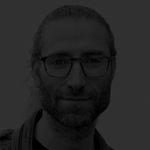 The heart of Demian’s design challenge is the poetization of content and form. His lecture focuses on its translation into hybrid formats with reference to concrete projects, highlighting explorations of the book space.

Demian Bern runs a studio for communication design in Stuttgart, Germany. His practice and collaborations take place and shape both in Germany and across Europe. Besides the projects in the cultural sector, corporate concepts, book and exhibition design, he is engaged in various settings as curator, publisher and initiator of artistic formats of work and exchange. His hybrid concept platform EXP.edition operates as a mobile project forum and is dedicated to projects and workshops related to experimental formats of discourse and publication as well as contemporary art practices and special editions. As a creative consultant Demian works across various disciplines and is regularly engaged in juries. His work has been awarded the Red Dot design awards, the German Design Award, the award for young book designers, the award of one of the most beautiful books of Germany, as well as the Best Book Design from all over the World by Stiftung Buchkunst, to name just a few. Demian’s research and practice have been supported by residency grants in the Netherlands, Germany and France. 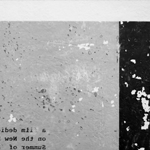 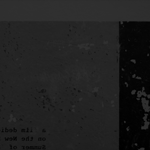 A talk about things hiding in plain sight, double covers and the more or less obvious. About what Hans Christian Andersen’s fairy tale and Edgar Allan Poe’s short story ”The Purloined Letter” have in common. About beginnings, dedications, empty pages, watermarks and invisible books – either existing, lost, or haven’t been made yet.

Robin Waart uses repetition and collecting as a framework for projects with books, movie stills, photography, polaroids, and pages. His books are in MoMA Library, Yale, Moomins, MAK, EYE Film Museum, and other collections. 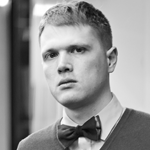 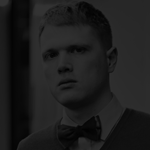 A series of stories on microtypography, technological tricks and, above all else, accidental findings that make a book special. Though mostly invisible to the reader, they are the essence of the book designer‘s craft.

a graphic designer and typographer, engaged in book design since 2011. The main areas of professional interest are fine typography, multilingual books of complex structure, book production and type design. He is a columnist and an editorial board member of Schrift Journal. Alexey Murashko is the recipient of various awards, including the Baltic Book Design Award and the title of the Designer of the Year in Latvian book design award Zelta Ābele. 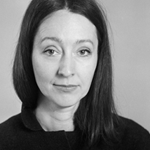 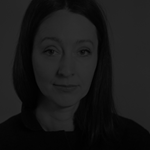 What are zeros in book design and how much important are they to the designer?

Agnė Dautartaitė-Krutulė is a designer who works on the idea of a book, its appearance, and print. She is invested in finding a common language with authors, artists, publishers, and printers. To Agnė, the future book is a synthesis of new and existing forms. She thinks that it is important to pass on the knowledge to the younger generation and encourage young people to express themselves creatively. For six years in a row, Agnė is one of organizers an international book design conference “6 pt” and cutivate a series of open lectures, “Knygos pavartymai…” [Looking Through the Book…]. She teaches book design and interpretation at the Department of Graphic Arts of Vilnius Academy of Arts. She has won design competitions in Lithuania, Baltic States, and internationally: D&AD, Design Week, Design Observer, The One Club for Creativity, and Red Dot, to name but a few.

Big thanks to ours friends